Since 2008 The Trust has been funding the New Zealand Olympic Committee Olympic Ambassador Programme enabling athletes to visit schools across the country.

“The message is, ‘be the best you can be, its not about winning its about trying. It resonates with the children as well as their teachers and principals. It's an idea everyone can be inspired by.”

Kereyn says as well as inspiring primary school children, the programme has had another unexpected benefit. Particpation in the programme has allowed 30 Olympians to develop their leadership skills. Cyclist, Alison Shanks and Windsurfer, Barbara Kendall have both commented on how working with young people has helped strengthen their personal leadership, she says.

“Without the support of The Southern Trust this world leading programme would never have got off the ground and thousands of Kiwi kids would have missed inspirational messages from people they can relate to, ” Kereyn Smith said.

The Southern Trust has been supporting the Olympic Ambassador Programme since 2008 and has made 32 grants totalling $3,484,000. 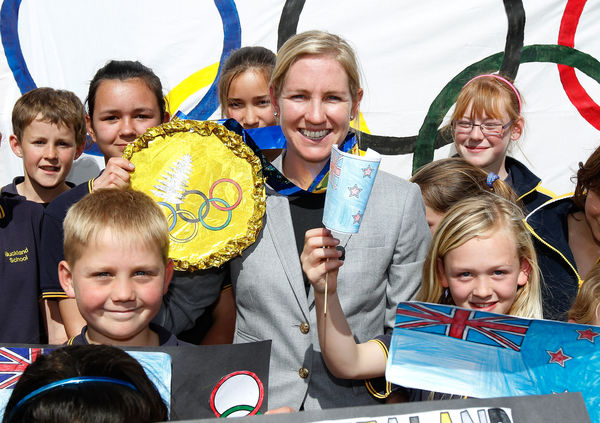 Hora Hora Primary School in Whangarei were very excited to have their tamariki perform at the national Kapa Haka championships.

The ILT Foundation provided Autism New Zealand, Invercargill branch with a grant of $5000 towards the salary costs of the Southland...

For years, New Zealand sports groups have relied on gaming revenue, but the Covid-19 pandemic has been a timely reminder how...

The impact of the onset of a disability, is dramatic, and it’s hard for most of us to visualise ourselves being in this position. Our...

The Southern Trust has supported StarJam Charitable Trust since 2002 for operating costs for their Christchurch office and salary of...