The Wairarapa Spitfires baseball teams will be kitted out in the club’s striking uniforms this season, thanks to a $5,000 grant from Trust House Foundation.

About the Wairarapa Spitfires

Fledgling local baseball club Wairarapa Spitfires is riding the coat-tails of the game’s growing popularity in New Zealand.Founded in 2017 by Greytown-based Shane Fawdray and a group of like-minded parents, the club is still in its infancy, but growing fast. To date much of the club’s activities have involved recruiting and up-skilling young players, mainly in the South Wairarapa, but this season they will enter a Under-13 team into a Wellington competition.

With a greater number of Spitfires’ teams heading in to the 2018/19 season, the $5,000 grant from Trust House Charitable Trust has enabled the club to purchase more gear and uniforms. The grant also contributed to the cost of sending coaches to Auckland to attend a national three-day training clinic in September.

What this meant for the organisation

It’s not only the love of baseball that motivates the club founders, says Shane Fawdray, “Our main aim is to give kids another option to get off the couch or away from their gadgets and get playing a sport.” “There are aspects of baseball that are really appealing, particularly to young people, and you only have to look around to see the number of kids wearing baseball caps and basketball singlets to realise American sports are already a big part of our culture.” 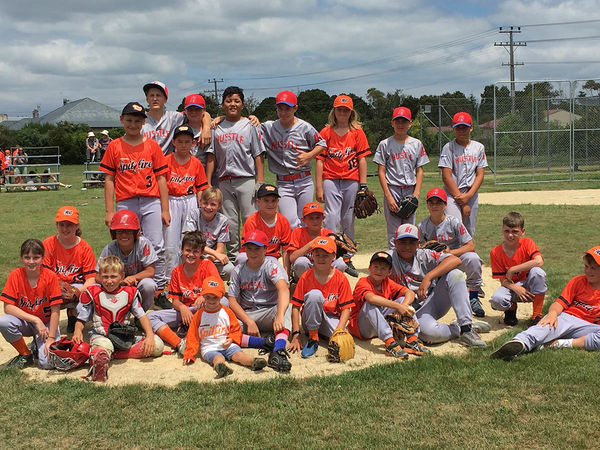 The Wairarapa Spitfires after squaring off with the Levin Hustle earlier this year.